In Search of the Best 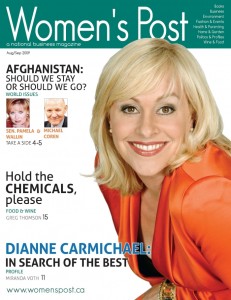 Dianne Carmichael was a 12-year-old with a plan. Sure, she was interested in matters such as makeup and fashion, but specifically in the business aspects of these subjects. Dianne didn’t write a diary about the cute boys in her class. Instead, she planned her working future in her mother’s old black agenda. She listed her goals and the path she would take to reach them. At the heart of this journal: a plan to one day become the president of a company.

Dianne lived her life in sequence. At 18, she borrowed $1,000 from the bank to invest in Disney. She went to university, focused on investor relations, and learned how to buy and sell companies. Later, Dianne took progressively more senior roles at Procter & Gamble, R.J. Reynolds, and Gillette. She spent 15 years in the financial services sector, ultimately becoming CEO of Worldsource Wealth Management, where she was senior to three male presidents. Dianne married her high school sweetheart and had two children. Life was coming together exactly as she had written it.

Then, in 2004, Dianne’s father was diagnosed with lung cancer. She suddenly became his caregiver, but knew little about the Canadian healthcare system. She searched the internet, reached out to contacts for recommendations, and connected with experts. “It was an overwhelming process and for the first time in my life I felt alone, afraid, and unsure,” says Dianne.

A year after his diagnosis, Dianne’s father fell ill and was sent to emergency. When he was moved to a hospital bed, his documents were not transferred with him. Dianne arrived in time to hear her father was to be discharged. Dianne knew he was too sick ever to go home and asked the physician if she had seen her father’s medical records (a copy of which she carried). The doctor hadn’t. Once she realized the extent of Dianne’s father’s illness, she put him on morphine. He died three days later.

“I had grown up with the blind faith that we had one of the greatest healthcare systems in the world, but at that moment, when my dad’s life was in the balance, it was letting us down. That was a sobering moment,” says Dianne.

During her father’s final three days, Dianne had disconnected her Blackberry, pager, cell phone, and laptop and sat with him around the clock. It was then that she decided she wanted to make a difference. Specifically, she wanted to apply her business acumen and devote her career to making a difference in Canadian healthcare. She quit her job and focused on her new path.

Soon enough, Dianne was approached by Best Doctors Inc., an international company that was looking for a president to spearhead the Canadian operation and assist with global marketing, branding, and awareness initiatives. Dianne knew it was the perfect place for her. 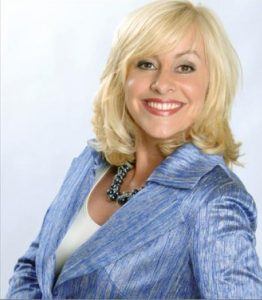 In Best Doctors, Dianne found a company that aimed to reduce the uncertainty she experienced during her father’s illness. Best Doctors is an employee benefit that links seriously ill member patients and their treating physicians with a community of world-renowned specialists to confirm the correct diagnosis, recommend the right treatment options, and provide additional information and one-on-one support, without the member having to leave home.

“To this day, I still sometimes wake up in the middle of the night and think: Could I have done anything differently? At least with something like Best Doctors, I would have known I’d done everything worldly possible,” says Dianne of the case of her own father. “As much as we have great healthcare, I think someone needs to be the champion for the patient.”

Canadian healthcare lacks a widespread electronic file-sharing system and there is a great deal of fragmentation. So when someone gets sick, the treating physician or hospital really needs to collect medical files from every clinic, hospital, and doctor the person has visited to have a complete picture. This process can take months, is costly, and more often than not doesn’t happen. In an overburdened system, physicians don’t have time to collect and review hundreds of records, let alone retest pathology or other diagnostics. For its members, Best Doctors collects everything, creates an electronic record, deconstructs and reconstructs the diagnosis, and consults with peer-nominated, world renowned experts, providing a report for the treating doctor and patient, empowering both to make the best informed decisions for better outcomes. “On average, we change diagnosis 22 percent of the time and modify treatment 61 percent of the time,” says Dianne.

“Nothing is more rewarding to me than my current role. I am able to work with men and women in the healthcare sector who have dedicated their lives to helping others,” says Dianne. “I am awed and inspired every day by the things we do and the difference we make in the lives of those touched by a profound medical diagnosis.”