Here’s an article from the Globe and Mail, that highlighted my work at Best Doctors Canada.

Dianne Carmichael decided to quit her job while watching her father die. For three days, Ms. Carmichael, who was the chairwoman and CEO of Worldsource Wealth Management at the time, sat by her father’s bedside at a Toronto hospital, waiting for him to draw his last breath – and reaching the conclusion that the health-care system needed an overhaul.

Albert Williams had been admitted to hospital with advanced lung cancer and was meant to be taken to palliative care. Instead, staff had given the 71-year-old an unnecessary blood transfusion and then told his daughter he was ready to go home, all without consulting his records.

“I always felt I was reasonably smart, reasonably articulate and had an ability to get what I wanted. I was well connected,” Ms. Carmichael says. But I was still totally unprepared for that experience.”

The hospital’s mix-up did not contribute to her father’s death, but it did end her career on Bay Street. In 2004, Ms. Carmichael resigned from Worldsource, where she oversaw four companies with 1,500 employees, and began researching health care.

Canadians are not allowed to use private insurance to cover medically necessary treatments. But Best Doctors sells advice, not treatment. It helps patients get the best out of the public system, soliciting second opinions for them, calling on specialists around the world if necessary.

When a client gets sick, the individual is assigned a personal advocate who will do everything from explain the diagnosis in layman’s terms to help research the best place for treatment, acting as a sort of concierge service for the seriously ill.

The company claims to have changed 22 per cent of its customers’ diagnoses, catching errors that can be made at various steps of the process, from the examination room to the blood lab. Founded by Harvard Medical School professors Kenneth Falchuk and Jose Halperin, the goal of Best Doctors is to give patients the same level of care physicians can seek out for themselves, by drawing on professional contacts.

While the public system has moved slowly toward electronic medical records, the company’s first step is to gather and digitize a client’s files. The electronic files are then reviewed by Best Doctors staff. If they believe a misdiagnosis has been made, or that another treatment option may be beneficial, they can consult specialists drawn from a database of 50,000 experts in more than 450 fields, all of them recommended by peers.

The patient is still treated by his or her own Canadian physician, but that doctor may get a call from a specialist recommending a change of course. All of the costs associated with the process are paid by Best Doctors, which in turn charges companies about one dollar a month, per employee, for the service.

“It’s a complementary service to the health-care system. It helps relieve some of the burden,” Ms. Carmichael says. And it also appears to reduce the margin of error. In a system as large and complex as health care, there are many places where information can be lost or miscommunicated, Ms. Carmichael says. 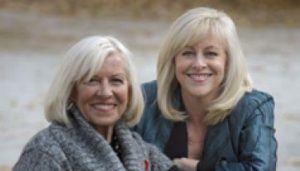 In 2009, her 76-year-old mother, Marion Leyland, was admitted to hospital with intense abdominal pain. A surgeon recommended the precautionary removal of her ovaries and bowel, while the chief of surgery suggested a 10-day course of antibiotics as the first step. Through Best Doctors, Ms. Leyland was diagnosed with a tennis-ball-sized cyst on her ovary that was resting on the bowel, but not impacting it. The tissue was infected and had she been released with a prescription for anti-biotics, sepsis would have set in quickly. But instead of full-blown surgery, which would have required a lengthy hospital stay, Ms. Leyland’s cyst was eventually removed by her surgeon using laparoscopy, her bowel untouched.

Ms. Carmichael says Best Doctors does not place blame, and says they encounter the same percentage of diagnostic errors in Canada as they do in other countries.

“It doesn’t matter how your health care is paid for,” she says. It’s not a Canadian issue.”

But finding ways to make universal health care sustainable is a problem in this country, Ms. Carmichael says, and she thinks business leaders have a responsibility to help, championing a model that is not public or private, but a partnership between the two.

Kellie Leitch, chairwoman of the Business Centre for Health Innovation and Leadership at the University of Western Ontario, agrees.

“If we can take some of that great strategic thinking from other areas of the business world or other industrial sectors, Canadian patients are going to benefit,” Dr. Leitch says.

Simple innovations like bar codes, used for decades in the retail industry, could have a major impact if used in hospitals, she says, which often have no way of tracking the inventory of medical supplies.

Ms. Carmichael believes her track record in business has helped her expand Best Doctors’ reach, and that others with business experience could add even more.

“I’m sure there are many more people out there like myself who want to be able to contribute,” she says. I think people recognize now that the crisis is looming if we don’t do something.”

You can read the article at the Globe and Mail here.